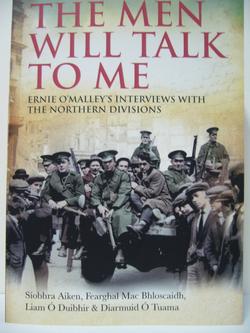 The Men will Talk to Me. Ernie O'Malley's Interviews with the Northern Divisions (book)

A collection of interviews conducted and recorded by Ernie O'Malley during the 1940s and 1950 with survivors of the Northern Divisions of the IRA. The interviewees, who include Frank Aiken, Peadar O'Donnell and Paddy McLogan, offer a series of fascinating insights into the North's centrality in the War of Independence and the slide towards Civil War.