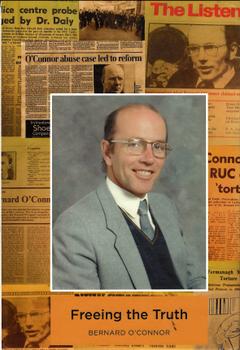 Bernard O Connor is a man of many talents, and has been an active community volunteer for most of his life time in the scouts, brass bands, musical education, comhaltas in Fermanagh, as well as a school teacher and head master. 'Freeing The Truth' (Paperback) gives account to some of his experiences at the hands of the authorities as a Civil Rights Activist in NI in the 1970's.

In 1977, the author was taken to Castlereagh Interrogation Centre, Belfast, and was tortured for four days in an attempt to elicit confessions to terrorism. In 1980 O'Connor made history by becoming the first person to win a civil case for torture against the Royal Ulster Constabulary. In this book, Bernard O'Connor tells of the trauma he suffered at the hands of the state and charts his triumphant recovery to a new life.