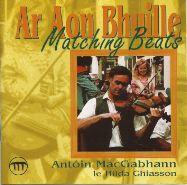 Antóin MacGabhann was born and raised in Kilcogy, Mullahoran, Co. Cavan, and now lives with his wife Bernie and their four children in Ashbourne, Co. Meath.

This album was originally recorded by Tony and Hilda in 1991, at a recording session in Overton Studios, Glace Bay, Breton. Sixteen tracks were recorded in a straight three-hour session with no second takes. Some of this material was accidentally destroyed, replacement tracks were recorded at Slane Studios, Co. Meath, Ireland. These were sent to to Cape Breton, where piano tracks were then added at Island Recordig Studios, in North Sydney.