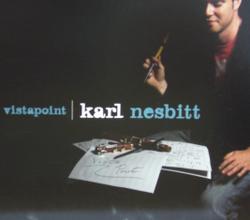 This CD features 15 tracks from Karl Nesbitt, the youngest sibling of the Nesbitt family from Loughmore in Tipperary. Karl plays flute, whistle, bodhran, Bouzouki and piano as well as attending to arrangements and production, and is accompanied by a galaxy of guest musicians including his sister Mairead, his brother Sean, John Spillane, Karl Rooney, Niall Connolly and Blaithin Milne.