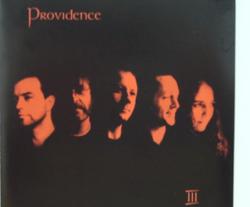 Although the instrumentation remains the same, Providence has had a bit of change in its line-up and sounds quite different from its previous incarnation. While the great concertina player Micheal O'Raghallaigh is still central to the instrumental sound of the band, he is now joined by flute and whistle player Troy Bannon, who replaces John Wynne, and fiddler Michelle O'Brien, whose playing was heavily influenced by that of Tommy and Siobhan Peoples. Paul Doyle (guitar, bouzouki) remains one of the accompanists, but he now shares those duties with Cyril O'Donoghue (guitar, bouzouki) who also is the band's lead singer.