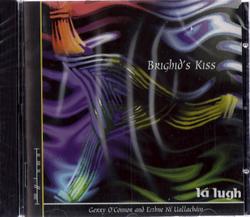 La Lugh are Gerry O'Connor (fiddle) and Eithne Ni Uallachain (flute and vocal), plus various backing musicians. This is their third album together. The vocals are stunning, from the very atmospheric title track which opens the album to the final song which is the only one in English. The instrumentals are very traditional, with fiddles to the fore, and one set played by three generations of O'Connors. Reels are thin on the ground, but there are plenty of jigs, highlands, airs and marches, including a lovely modern Galician piece and a jig by Jerry Holland.