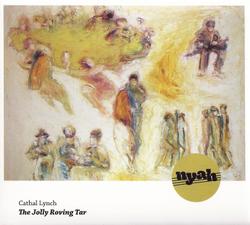 Cathal Lynch from Tyrone is one of the leading Irish Traditional Singers of his generation. He possesses a love and enthusiasm that shines through when he sings the songs. Cathal has toured extensively throughout Ireland, Britain and America and seeks new songs wherever he goes. The Jolly Roving Tar is his second album.